You don't have to be a history buff to make a point of visiting the oldest cities in the U.S.
Since the establishment of European settlements in what is now the United States, beginning in the 1500's, some of these cities may have been eclipsed by bigger or more glamorous neighbors.But they all retain both historical charms and modern-day attractions that put them at the top of your list of must-visit destinations.
Here are the US cities with the most candles on their birthday cakes (did you guess them?):

Established: 1565
They call it 'Florida's Historic Coast'. The Spanish established America's oldest city on the Atlantic coast, and used it as their capital until the mid 1700's. Some of the continent's oldest architecture remains in the Colonial Quarter and Castillo de San Marcas.This was peak pirate country!Kids will love the St. Augustine Pirate & Treasure Museum and Kids Krew pirate experience complete with spy glasses, compasses and more, as well as the Alligator Farm and the 200+ step climb to the top of the historic St. Augustine Lighthouse, with some of the best views of the coast.
St. Augustine (pictured, top, photo credit Stacey Sather/ FloridasHistoricCoast) became a chic winter vacation destination for well-heeled Americans in the late 1800's, and with its abundance of historic hotels and inns, 42 miles of beaches, open air concerts and dining, swimming, surfing, kayaking, deep sea fishing and cycling trails, championship golf courses and tennis facilities, not to mention marquee events like the PGA TOUR and the PLAYERS Championship at Ponte Vedra Beach, St. Augustine remains a year-round Florida destination today.

Established: 1607
The capital of New Mexico has not only the distinction of being the oldest state capital in the U.S.A, it's also the capital with the highest elevation. Founded during the era of New Spain, Santa Fe remains famous for outstanding immersion into Spanish and local Native heritage, with incredible Pueblo-style architecture, a traditional Spanish Plaza surrounded by winding streets, the San Miguel chapel, said to be the oldest church in America, as well as Native cultural events and ancient ruins nearby. 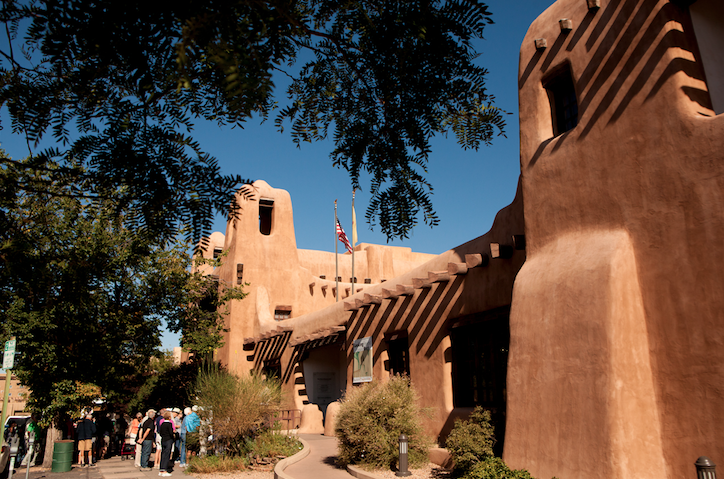 The city today is a creative arts hotbed, with countless galleries and a large arts community.It's also home to the Georgia O'Keeffe Museum, with the world's largest permanent collection of this beloved American painter, the 'Mother of American Modernism' who lived near Santa Fe.In another nod to Hispanic culture, the city also celebrates its 'Santa Fe Margarita Trail', with dozens of local establishments who offer their own spin on America's favorite tequila cocktail. 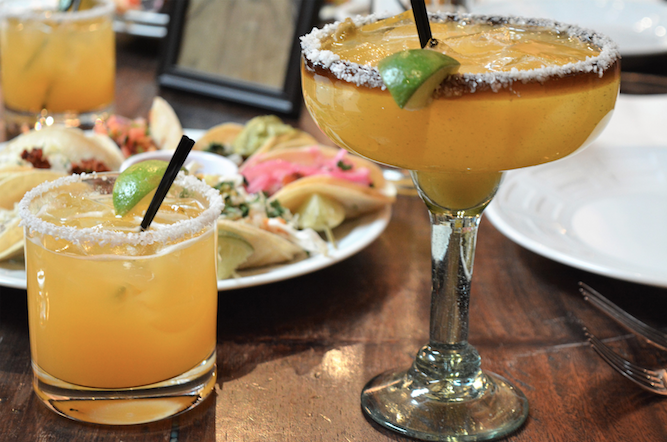 Established: 1621
Newport News is the oldest known English city name in all the Americas. It was in this area, on the shore of the James River at the end of the Virginia Peninsula that the English were finally able to establish successful colonies after legendary failures.It paved the way for continued settlement and ultimately, the US as it exists today.
The American Civil War's Peninsula Campaign played out here, and still today, antebellum plantations, Civil War fortifications and re-enactments are a big part of the historic local experience. Not just on land, but also at sea; off the shores of Newport News, the first-ever iron clad ship battle took place in 1862, and the area's ship building and naval importance only grew from there. 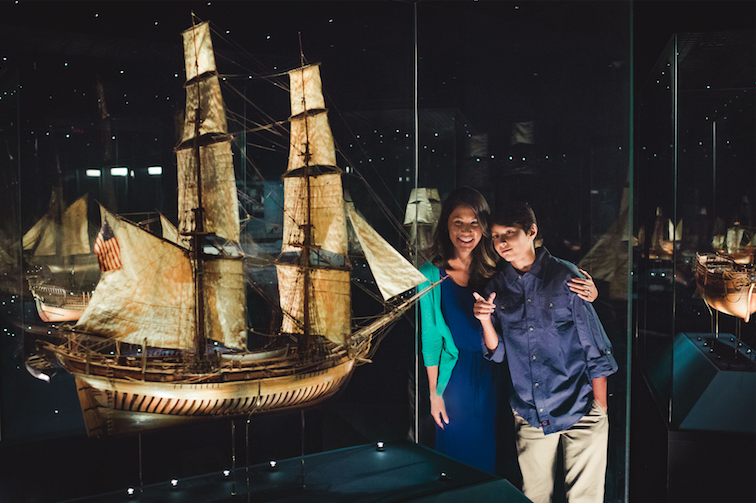 Established: 1614
You'll recognize the name of the founder of New York's state capital.Henry Hudson, who also has a pretty famous nearby river and also an enormous Bay in northern Canada named after him, claimed the area for the Dutch.It's one of the oldest surviving settlements from the original British 13 Colonies, and, along with Santa Fe, one of the few of America's oldest cities that are still capitals of their regions. 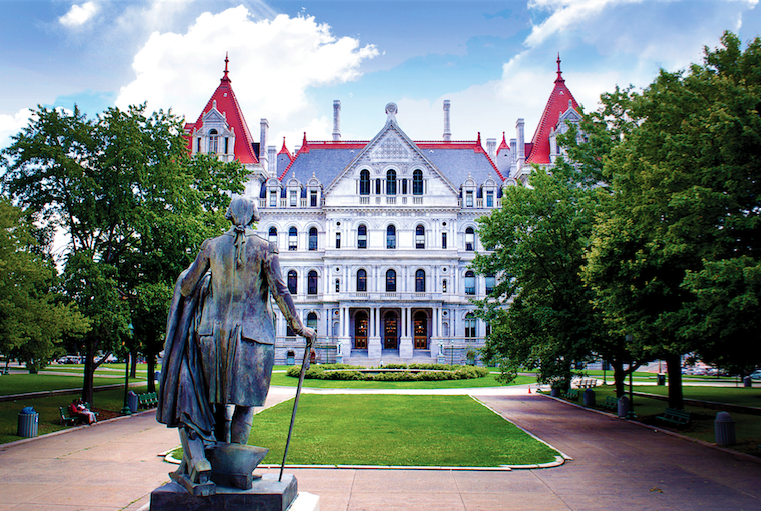 (The Capital Building, courtesy Albany.org/)
Its location at the north end of the navigable Hudson River, where the Erie Canal connects to the Great Lakes, made Albany an early transportation and business hub and home to some of the earliest rail systems in the world. 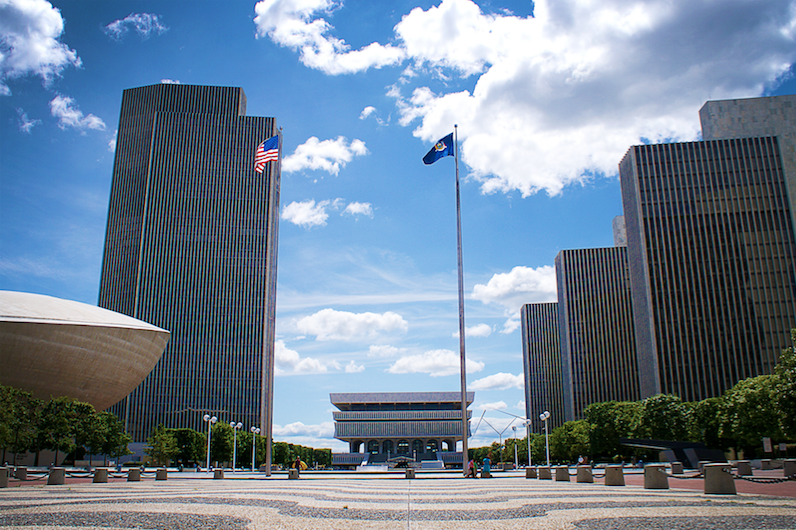 Don't miss the striking Empire State Plaza (above) with reflecting pools, an art-filled underground shopping concourse and a performing arts center called The Egg, the 200+ year old New York State Capitol and the New York State Museum. At the Albany Institute of History and Art, art lovers can find a critical mass of works from the Hudson River School, America's first art movement, that romanticized majestic American scenery and laid the groundwork for the preservation of landscapes and the National Park System.

Established: 1617
Like Albany, Henry Hudson had his hand in the establishment of Jersey City, too, along with New York City just across the Hudson River.NYC may have in many ways eclipsed its neighbor across the river since, and the area has melded into one enormous metropolis, but Jersey City does predate NYCby nearly a decade.
Liberty State Park, with American immigration icons Ellis Island and the Statue of Liberty, as well as a stunning view of the Manhattan skyline, plus its role as a non-stop transportation hub for centuries that today includes the very busy modern cruise Port Liberty / Bayonne, all make Jersey City very much an integral part of a New York City vacation.

Copyright BestTrip.TV/Influence Entertainment Group Inc or Rights Holder. All rights reserved. You are welcome to share this material from this page, but it may not be published, broadcast, rewritten or redistributed.

Smart selfie-taking isn’t about how to use your camera, or how to compose a nice shot that doesn’t make your nose loo... learn more

Lions and Tigers and Leopards in the Woods: 5 Destinations for Viewing Big Cats

As we return to travel, many of us are looking for trips with meaning. For more and more people, that includes gettin... learn more

Dare You! Where to Eat the World's Most Dangerous Fish

Prepared incorrectly, it’s 1200 times more toxic than cyanide! Yet this fish has been a treasured delicacy for n... learn more